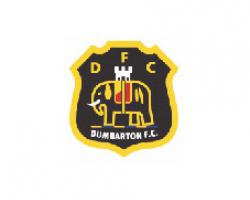 Dumbarton 0-0 Hearts: Match Report - view commentary, squad, and statistics of the game as it happened.Hearts back on top despite drawHearts were unable to break through a stubborn Dumbarton defence but returned to the summit of the Scottish Championship with a 0-0 draw.The best chance of the game fell to Sam Nicholson in the dying moments, but the midfielder's header came crashing back off the crossbar to deny the visiting Jambos.Danny Rodgers had been in top form earlier in the Dumbarton goal

He kept out Jason Holt and Osman Sow in quick succession in the first half before making another good save to deny Nicholson after the break.Dumbarton were forced to hold on for long periods of the game but came out with a credible point - the first that Hearts have dropped since their relegation.Chris Kane went closest for the home side, but he saw his header saved by Neil Alexander